I have heard people say things like, “I believe Jesus was a good teacher, but not the Son of God.” It certainly sounds diplomatic from the non-believer’s perspective; it’s like saying, “even though I don’t believe in your faith, I acknowledge that it has some good points.” I don’t doubt the person usually means well when saying something like this. Yet, when someone describes Jesus as only a good teacher, the person must set aside much of the Scriptures and Jesus’s teachings, including today’s readings.

Our First Reading is the introduction to the Letter to the Romans. Most of us would probably start a letter to the Romans with something like “Dear Romans” and then get to the point of the letter. Paul, however, takes several verses to expound upon who Jesus is and who we are in relation to Him.

In the Gospel, Jesus Himself discusses how He is greater than prophets and wise men in the past. Further, He calls out those of us who would excuse ourselves from examining our lives in light of His teachings. After all, nonbelievers in the past changed the course of their lives for less.

As the Psalm says, God has made His salvation known. It is not ambiguous, or some kind of secret. To dismiss Jesus as simply a Good Teacher (and nothing more) requires us to ignore a good deal of His teachings. As C.S. Lewis said in Mere Christianity,

I am trying here to prevent anyone saying the really foolish thing that people often say about Him: “I’m ready to accept Jesus as a great moral teacher, but I don’t accept His claim to be God.” That is the one thing we must not say. A man who was merely a man and said the sort of things Jesus said would not be a great moral teacher. He would either be a lunatic—on the level with the man who says he is a poached egg—or else he would be the Devil of Hell.

Lord, open our hearts to accept Your message of salvation, and help our unbelief! 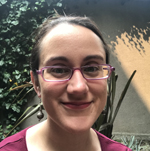 J.M. Pallas has had a lifelong love of Scriptures. When she is not busy with her vocation as a wife and mother to her “1 Samuel 1” son, or her vocation as a public health educator, you may find her at her parish women’s bible study, affectionately known as “The Bible Chicks.”